It seems just about everybody is either migrating to Australia, or wants to migrate to Australia. I know of at least 4 people who went there to live/work in the last couple of years, and I’m sure you probably do too. But do you ever wonder, ‘what’s so great about Australia anyway?’? Why exactly is Australia, ‘the place to be’? I mean, it doesn’t look that amazing on Neighbors or Home and Away…does it? It’s obvious that Australia has some amazing qualities that draw people to it year after year – so if you want to know what they are, here’s the amazing truth about living in Australia: 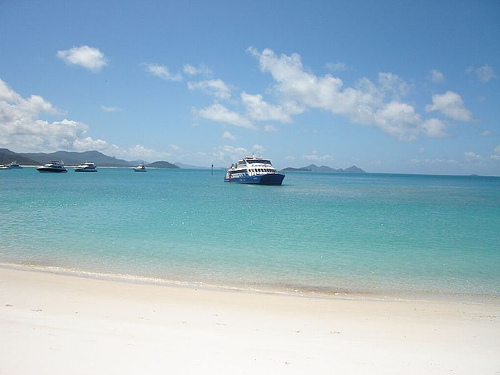 The People and Lifestyle

This country has amazing values and a wonderful view on life, whether you’re in a big city or a small town. In Australia’s laws, all residents have the right to express their beliefs and cultures, and are allowed to participate freely in life in Australia. The people of Australia believe that everyone is equal, and should be; respected, allowed freedom of speech and allowed to follow whichever religion they choose.

Australians also love art (there’s a vibrant art scene) and sport (you’ll find a mix of sports from all countries and cultures, to suit every age), and take a laidback approach to work. That’s not to say that Australian’s don’t work hard – they work very hard indeed. They just encourage an attitude where workers take time to recuperate and enjoy time off. If you want to move to Australia, the country also insists you bring value to them. You need to have a good job, skills or a talent, and enough money to get by. They don’t just let anybody become an Australian citizen!

Australia has basically a never ending summer, with beaches stretching from coast to coast. Some of the best beaches in the whole world reside here, like the famous Bondi Beach. Tourists, sunbathers, surfers – you’ll find them all on the beaches of Aus. Cable beach, Cottesloe beach, Gold coast, and Noosa Heads, are just a few of the beaches you could chill out on in Australia.

The Scenery and Wildlife

The scenery and wildlife in Australia is like no other. We’ve already mentioned the stunning beaches, but what about the koalas nestled high in the trees or the kangaroos hopping around in the distance? It’s true that you’ll find some of the world’s deadliest animals here; snakes, spiders, crocs, and sharks – but you’ll also find some of the most interesting that you’ll never see anywhere else.

You’ll also find some amazing natural beauties in Australia; the Great Barrier Reef, Fraser island, The Pinnacles, and The Kimberleys. They’re all waiting to be explored! Why not take a look at Kimberley Holidays to see them for yourself?

Whether you’re planning to migrate to Australia, go for a short holiday, or a couple of months; you’ll soon realise what all the fuss is about. Before you go, get up to date on Australian slang so you can chat with the locals with confidence!